I wasn't sure what to expect when I first pressed play on Randy Pausch's Last Lecture, but I am so happy I had the oppourntinty to watch it. Randy Pausch's Last lecture was so moving for me to it will be hard to boil down what I learned to one blog post! Mr. Pausch was diagnosed with pancreatic cancer and doctor's told him he had 6 months to live. But he didn't miss a beat! He went about his normal life doing what ever made him happy. He even said that he was not in denial by any means but he wanted his last few months on earth to be happy, fun, and not depressing. He exuded confidence throughout his entire lecture. He had the whole audience constantly laughing and they were intrigued with what he had to share. Pausch had lived a fun-filled, hard working, and interesting life. With his dedicated drive and passion he reached all of his childhood dreams. 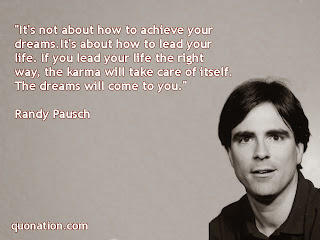 Pausch worked with virtual creations with NASA and Disney World (among other amazing establishments) all thanks to achievements from his schooling at Carnegie Mellon University. He became a professor there and jumpstarted programs that involve technology and the use of virtual worlds in his classroom. As an learning teacher, just starting out in college, I held onto many tips and advice he had to say and can apply them to my future profession.

Randy mentions something called "head fakes" which I am assuming is a term he made up on his own and I love it! Head fakes are when children aren't aware that they are having fun while learning something really hard. Obviously children learn easier when they are having fun! Why is that we can sing every song we hear that plays on the radio? Because we learned the words because singing is fun. Essentially he created an exciting environment for students to learn technology through a fun, yet, effective way by allowing them to create their own videos games.

The first thing that caught my attention was his analogy of a brick wall. Several times he mentioned that brick walls are there to show us dedication in ourselves and to separate ourselves from others who don't care to reach their childhood dreams. When obstacles are thrown our way it makes us stronger and we come out of top, which puts us in a different spot than the other person trying to get on top. Perseverance always steps ahead.

Pausch presented a slide show of a list of tips to be successful and happy at the same time. A few of my favorites he mentioned, were to always apologize when you are in the wrong, show gratitude, don't complain just work harder, be earnest and trust people. These simple steps of life will guide you in the right direction and others will be willing to help you more! These tips are relatable to any age and will benefit anyone who abides by it. I WILL teach these to my future class. I think it will also be beneficial to have some of the ideas posted on the walls of my classroom to be a constant reminder.

I think my favorite thing Randy Pausch said throughout the entire lecture was "be good at something, it will make you valuable." As simple as that sounds, it just made me have a huge smile. We go through the motions of everyday life trying to find our way throughout this world, to figure out who we need to be in life, and what we can offer. All of those things just mentioned are possible in a learning environment. Being a teacher allows a world to open up to children for them to accomplish whatever they put their minds to. Once they find something they love, they will continue to grow bigger and stronger at it. This allows them to be valuable later in life and ultimately feel valuable in what they have worked so hard for. 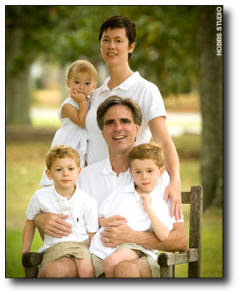